Ondrej Miháľ was born in Silbaš, former Yugoslavia, in Vojvodina – today’s Serbia on January 16 1956. He emigrated with his mother and sister at age elven via United States to Canada on August 5, 1967 where his father had emigrated a year earlier. His University educated was varied, studying Computer Science,
Marketing, Management as well as Photography eventually graduating with a degree in Business management. To date in his life he has been a programmer, business manager, writer, journalist, historian, presbytery, photographer, translator and ethnographer. 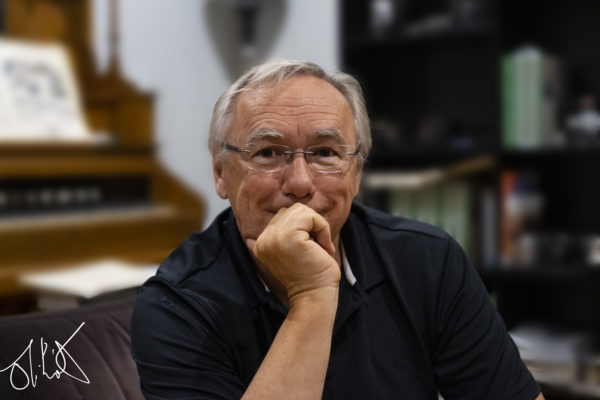 In 1995 he was one of the founding members and president of Slovak Canadian Institute. To date he has edited and published numerous dual language (English and Slovak) history books. These include “Slovaks in Canada through their own eyes”, “Vojvodina Slovaks in Canada”, “Slovak Folklore in Canada”, “Religious Life of Slovaks in Canada”, “Next year we shall all go home”, “Songs that my mother sang” and “Traditions that shape us”. Over the years numerous Slovak newspapers and almanacs including his translation from Slovak to English of Gustav Maršal Petrovskys 1908 book “From Under the American Snowdrifts” which opened the hardships of immigration to new generation of readers.

In similar vein he also has had numerous photo exhibits presenting both Canada and Slovaks in Vojvodina in a number of exhibits in Serbia, Slovakia, Austria and Canada resulting in a photo book entitled “Reflections in the mirror”. Currently he is working on a new book dealing with immigration to Canada which is to be published in the fall of 2019. He lives in Toronto, Canada.